History of the Polo Shirt 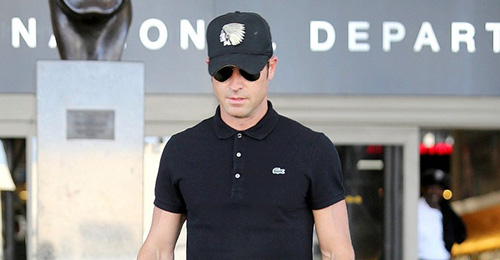 Polo, or 'Pulu' As It Was First Known

The polo shirt originated in the 7th century in Tibet and made it’s way through Persia to India. It was there, in Manipur, where it found massive popularity and where, in the 1800s, soldiers and tea plantation owners saw it for the first time, enjoying it so much that they brought the idea back to England in the mid 19th century. In those days, fashion took precedence over function, even in sport. The original polo shirt was made in stiff cotton. The only compromise was the collar which was attached to the shirt to stop it flapping around, though the players still wore ties and long woollen breeches. The 1920s saw the biggest style development when tennis player Rene Lacoste, looking for a competitive edge and finding traditional sports attire too restrictive and uncomfortable, redesigned the top, swapping the cumbersome rolled up sleeves for short sleeves, adding a longer tail at the back to tuck in and recreating the garment in a lightweight, breathable cotton known as pique. The modern polo shirt as we know it today created quite a stir when Rene Lacoste first walked onto centre court at the 1926 US Open Championship in this new attire but by the 1950’s the polo shirt had become essential casual wear and the 1960s saw it being worn with ties and jackets. Fred Perry gave Britain it’s own version of the polo shirt and Sean Connery introduced himself as 007 wearing one. The polo shirt had acquired cool status. Fashion had made way for function.

Across the Atlantic in the early ‘70s, Ralph Lauren, inspired by a garment that had stood the test of time and recognizing Polo as the chosen sport amongst Royalty and the wealthy, embroidered the shirt with a polo player and named his brand after it, securing its place in the fashion spotlight.

Form through function has stood the test of time . Almost 100 years on , the polo shirt is now as acceptable at a casual dinner party as it is on the beach. It has become the dress code for country clubs and golf clubs as well as tennis clubs and today is widely accepted as standard business attire with the benefits of branding, especially suited to embroidery.

At WS Printing, you can find this classic style in various yarn combinations from 100% cotton (with organic options) through to poly/cotton blends with moisture wicking properties. Choose from traditional or fitted cuts, raglan sleeves and contrast panels and piping and of course a wide selection of colours.

Customise Your Own Polo Shirt

Add Your Own Logo, Printed or Embroidered . . . Learn More

Allow ×
This Site Uses Cookies
We and our advertising partners use cookies on this site and around the web to improve your website experience and provide you with personalised advertising from this site and other advertisers. By clicking "allow", you accept the placement and use of these cookies for these purposes. Learn More
Allow
Deny